Things are going to be changing around the site so if you visit and it looks a little different, don’t panic- you’re in the right spot! The final look will come with a big announcement to make sure no one misses it. If you’re not already following, use the form to the right to sign up and get notified of each new post.

In addition to visual changes, there’s going to be some content changes which will include more regular postings (finally, right?). More details will follow as things get settled into place.

Can’t wait to continue on my writing journey with all of you! 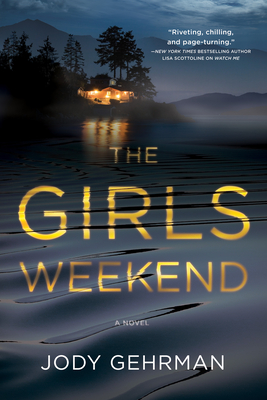 4 stars
I was hooked with the opening line. “Like most clusterfucks these days, it starts with a group text.” Perfect way to set up the ensuing drama.

The girls weekend is a quick, entertaining thriller. A group of old college friends reunite for a girls weekend. During a drunken night which none of them can remember, one of the women goes missing leaving bloodstains around the house. Despite the premise being nothing super unique, this book was very enjoyable to read. The characters were all well fleshed out and the relationships between them strained and believable as they would be 10 years after college with plenty of secrets to be revealed.

I have a bad habit of being able to guess the ending or who the killer is in the beginning, but this one had enough plausible suspects that I actually wasn’t able to guess who the killer was. I had suspicions on a few of them so the reveal was both surprising and not because it was set up properly.

If you’re looking for a quick thrilling read, definitely pick this up when it releases on June 9th!

*I was given an advanced readers copy in exchange for an honest review. Thanks to NetGalley and Crooked Lane Books 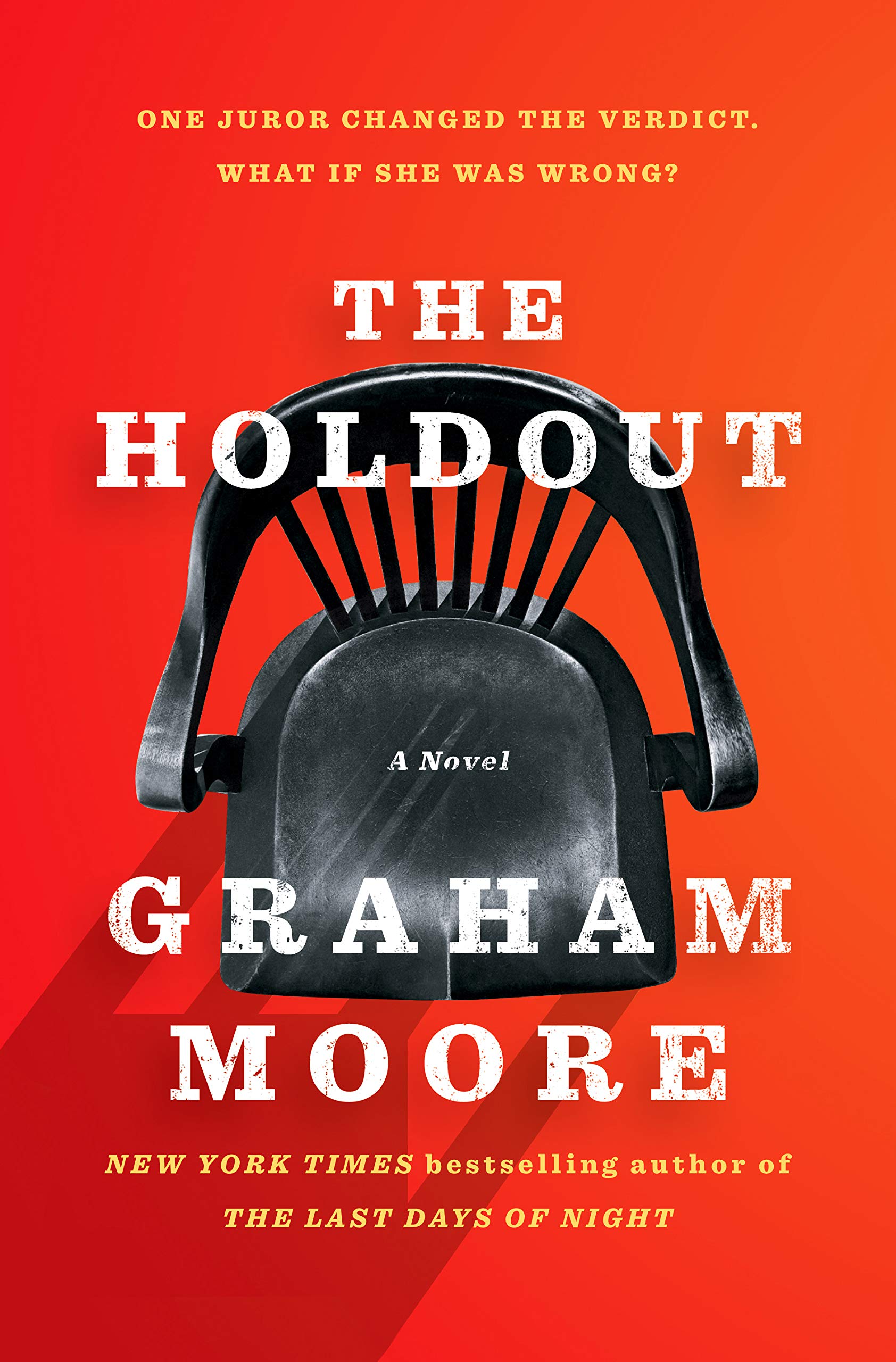 Book Summary: It’s the most sensational case of the decade. Fifteen-year-old Jessica Silver, heiress to a billion-dollar real estate fortune, vanishes on her way home from school, and her teacher, Bobby Nock, a twenty-five-year-old African American man, is the prime suspect. The subsequent trial taps straight into America’s most pressing preoccupations: race, class, sex, law enforcement, and the lurid sins of the rich and famous. It’s an open-and-shut case for the prosecution, and a quick conviction seems all but guaranteed—until Maya Seale, a young woman on the jury, convinced of Nock’s innocence, persuades the rest of the jurors to return the verdict of not guilty, a controversial decision that will change all their lives forever.

Flash forward ten years. A true-crime docuseries reassembles the jury, with particular focus on Maya, now a defense attorney herself. When one of the jurors is found dead in Maya’s hotel room, all evidence points to her as the killer. Now, she must prove her own innocence—by getting to the bottom of a case that is far from closed.

As the present-day murder investigation weaves together with the story of what really happened during their deliberation, told by each of the jurors in turn, the secrets they have all been keeping threaten to come out—with drastic consequences for all involved.

Book cover and summary from Amazon: The Holdout on Amazon

I want to start by saying, I don’t typically read or watch courtroom dramas, I never thought it was something I would enjoy but I really enjoyed reading this book.

I absolutely LOVED the way the author switched back and forth between the trial and ten years later at the reunion and subsequent murder investigation of one of the former jurors. The flashbacks to the trial were from the perspectives of each of the jurors which was a really interesting way to present the trial and what was going through each of their minds during the process.

I also really enjoyed the look into the jury process. I’ve been called for jury duty but have never been selected to sit on a trial and the process and how it was described was fascinating.

The book was well paced and I definitely didn’t feel I was trudging through any parts but there were a few things that sit right and that’s why I didn’t rate this at 4 or 5 stars.

Spoilers below:
Several times during the trial, Maya (the main character) says something to the effect of ‘they’ll never really know’ so when the “big reveal” happened in the last 5 pages or so, it seemed really forced and kind of a let down. I would’ve much preferred it going unsaid.

The other thing that bugged me is how much she was involved in her own investigation despite being told by her boss to do nothing. She knowingly could’ve compromised evidence or witnesses and screwed herself. But I get it, it’s a story and how else would we the readers been privy to the investigation if not through the main character.

With those two little issues aside, this was a very enjoyable read and definitely opened my eyes to a new genre of books that I’ve avoided in the past.

Thanks to NetGalley for the ARC.

She saw him and her heart skipped a beat. He was everything she never knew she needed. They married a year later and lived happily together, arguing only over the thermostat and who gets to read the Sunday comics first. Five years after first meeting, his car is run off the road. He is in the hospital for ten days before he finally succumbs to his injuries.

The next few weeks, she doesn’t leave her home, shutting out all visitors. She convinced herself that he hadn’t left her. Little things like the thermostat changing on it’s own or his favorite slippers moving around the house with no explanation. One night she woke up with a start. At the foot of her bed was a shadow, a badly degraded form of the man she loved. She saw him and her heart skipped a beat.

I promise I haven’t disappeared. In fact, I’m writing more now than ever! I’m working on my full length novel which I hope to have out later this year (more details will come as it comes together).

I’m participating in Camp NaNoWriMo (National Novel Writing Month) this month. I’m trying to finish up the first draft of my novel. Follow along with my progress, and my writing in general at:

I’ll keep writing and get some more short stories up for you all!

I decided to take December off from posting. I recharged and relaxed after a hard-working November. Here’s my top 9 for 2022, which was a big year for me! I launched my pen name, got my website back up and running, and got my instagram over 900 followers! Thank you all for being here!
I did it! I won NaNoWriMo for the first time!! I’ve attempted and failed so many times before and I was determined to at least not give up this time. Write almost every day if possible. I had three non writing days in November and on the final day of the month I pulled through and crossed the 50k mark. I cried. I can’t believe I did it.
I’m still behind but I’m trying to catch up! I hit 30k yesterday which is INSANE to me considering I had zero words in October and didn’t even know I was going to participate in NaNoWriMo until a week before the start date. Struggling to write tonight and trying to push through! (Cute NaNoWriMo tracker courtesy of @rosie.j.potter)
Whew- this was a push. I didn’t write the last two days because I had family in town. Today I was very bummed about them leaving but forced myself to write. Didn’t reach todays goal but wrote enough to cross the halfway point!
Day 16 done!!! I’m still a little behind but I’m catching up!! #nanowrimo #nanowrimo2022 #amwriting #amwritingfantasy #writingcommunity #writing #writinginspiration #writinglife #writersofinstagram #writerslife #writerssociety
New laptop case and a NaNoWriMo update!!! I had two bad days so I’m essentially two days behind but I’m still chugging along!!!